Marthea is the Director of Governance and External Relations at the American College of Cardiology. Every day she coordinates thousands of volunteers who, like Marthea, advocate the necessity for heart health. 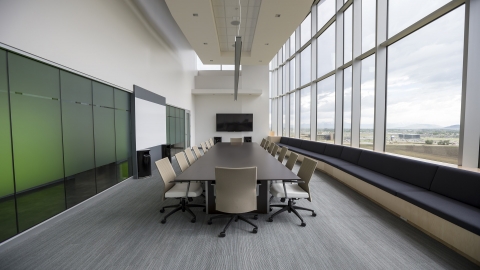 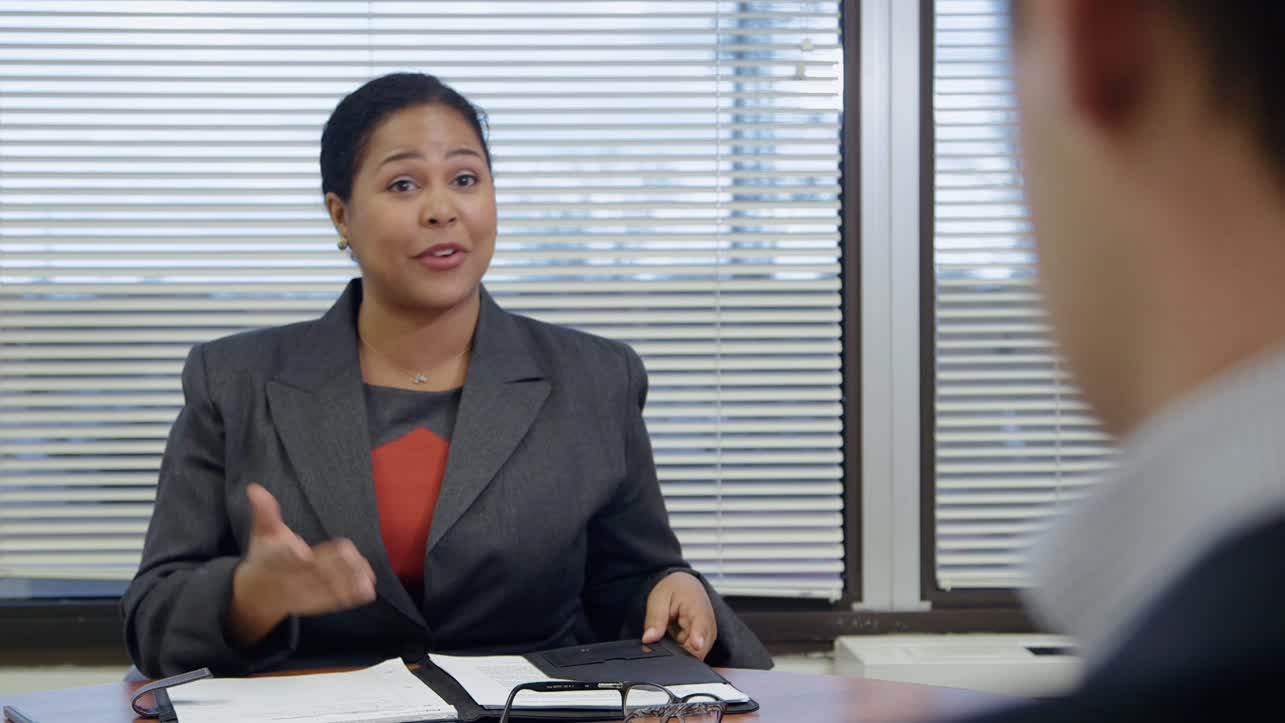 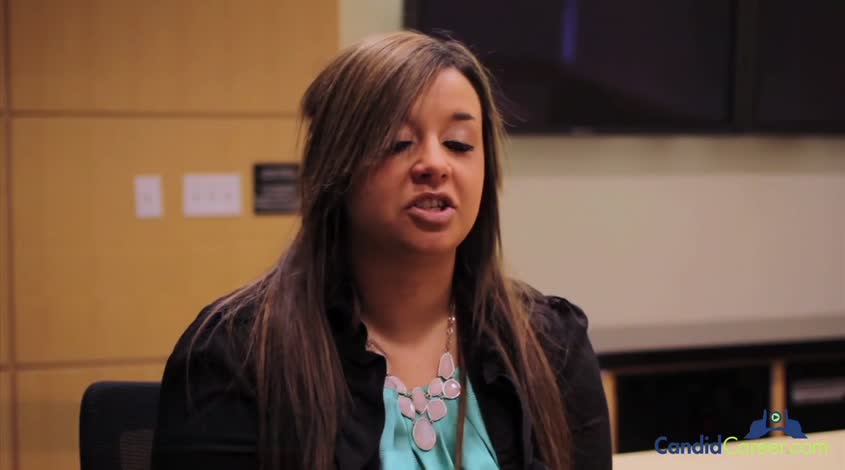 Featured
Channel:  In-Person Interviewing
Topic:  Interview Mistakes
So you've just landed an interview with the company of your dreams. Congratulations! Your months of tireless networking, resume writing (and re-writing), and practice interviews have finally paid off. All that's left is to make a great impression on your future employer and to avoid making any major mistakes. Like bring a giant mocha...

Featured
Channel:  In-Person Interviewing
Topic:  Interviewing Tips
Preparing for an upcoming in-person interview? Check out Billy in action (with a little help from his twin brother, Stewart) to learn the do's and don't's of the face-to-face interview! 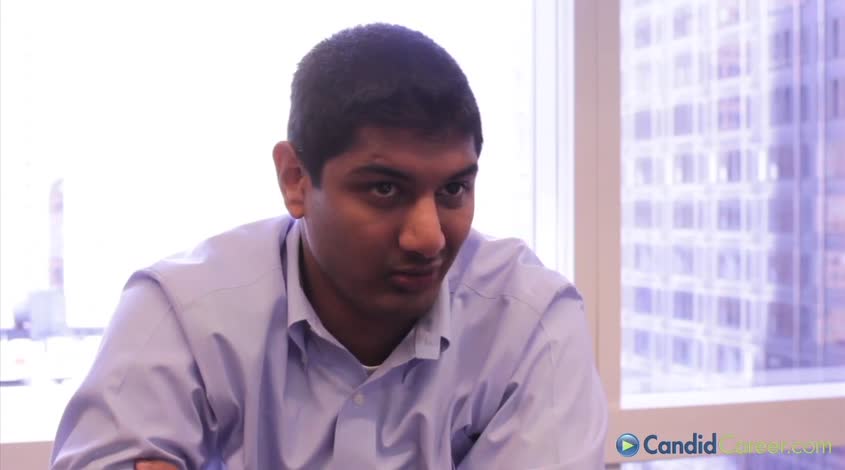 00:54
Click to play
Military Special Advisor to the Special Representative
Channel:  In-Person Interviewing
Topic:  Show Your True Self
Sean is an advisor to the Special Representative for Afghanistan and Pakistan at the US Department of State. He is responsible for shaping US efforts to support Afghan reconciliation and coordinating negotiation of a strategic partnership to guide US-Afghan relations following the withdrawal of combat forces.
Major: International Politics (Bachelor), Media Studies (Bachelor)
City: Washington
State: District of Columbia 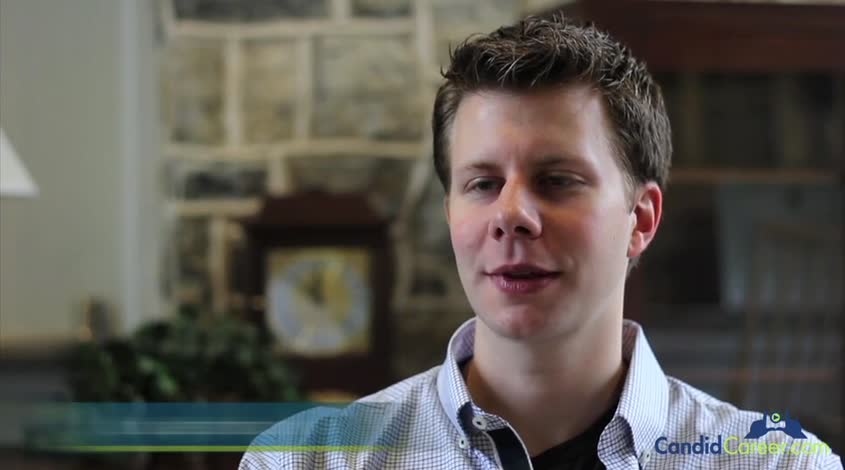 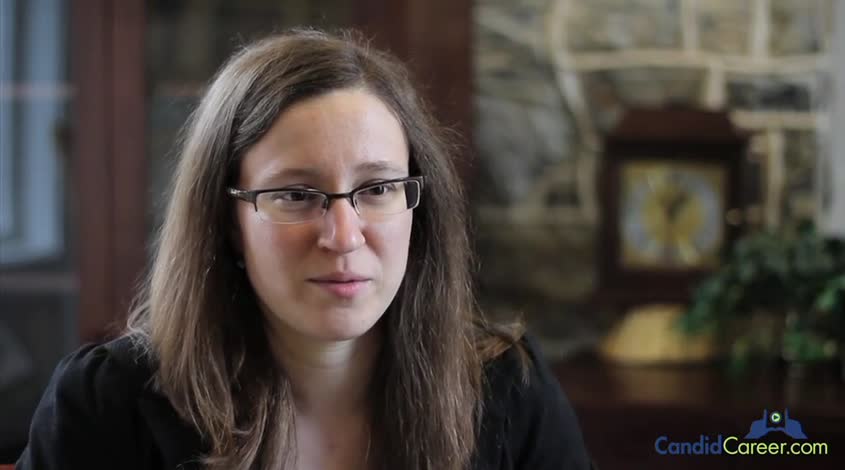 00:36
Click to play
Human Resources (HR) Specialist
Channel:  In-Person Interviewing
Topic:  Research on LinkedIn
KerriLaine is a Human Resources Specialist for a federal agency. She highlights the differences between working for the government vs. the private sector as well as the excitement of living in our nation's capitol!
Major: International Politics (Bachelor)
City: Washington
State: District of Columbia 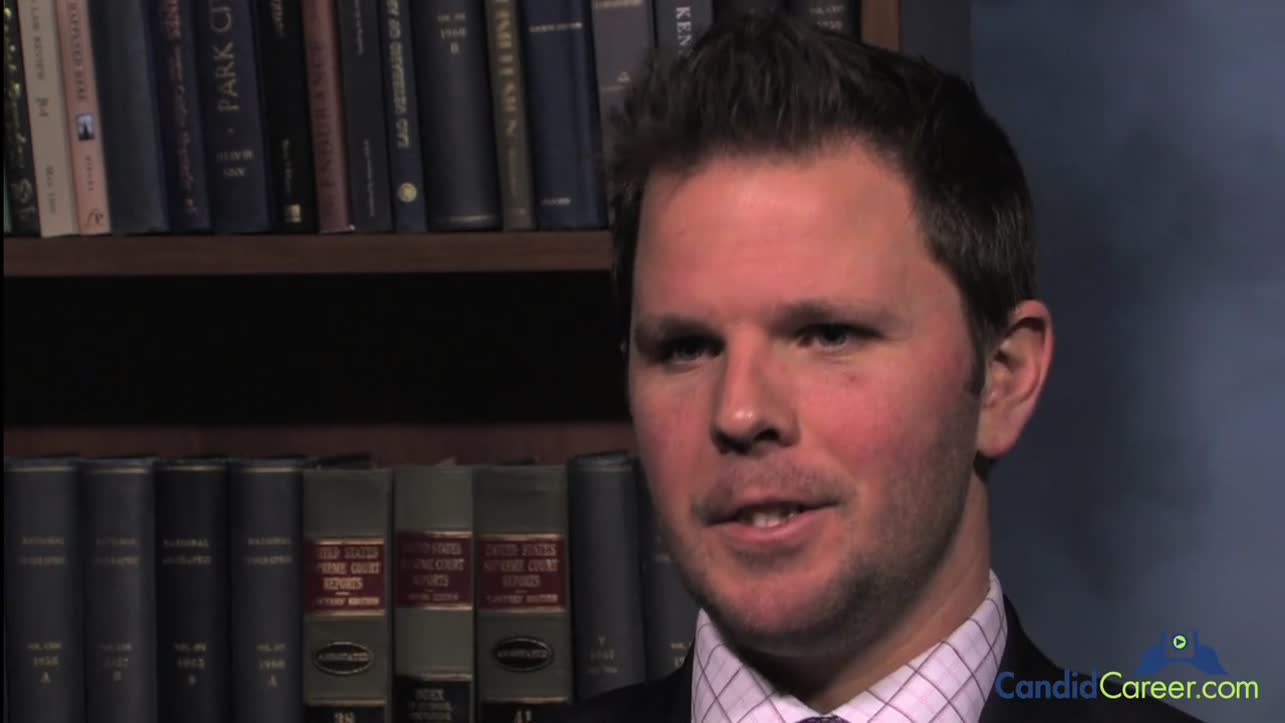 00:34
Click to play
Director of Governance and External Relations, American College of Cardiology
Channel:  In-Person Interviewing
Topic:  Non-Profit Is Real Work
Marthea is the Director of Governance and External Relations at the American College of Cardiology. Every day she coordinates thousands of volunteers who, like Marthea, advocate the necessity for heart health.
Major: Political Science (Bachelor)
City: Washington
State: District of Columbia

01:03
Click to play
Alumni Association Director, Penn State University
Channel:  In-Person Interviewing
Topic:  What Can You Do For Them
Roger has been the Executive Director of the Penn State Alumni Association for the past 8 years. His days consist of balancing the business side of his work with the social side, from meeting vendors and donators to traveling the country giving speeches. With his bachelors, masters, and doctorate all from Penn State University, Roger is proud...
Major: History (Bachelor)
City: State College
State: Pennsylvania 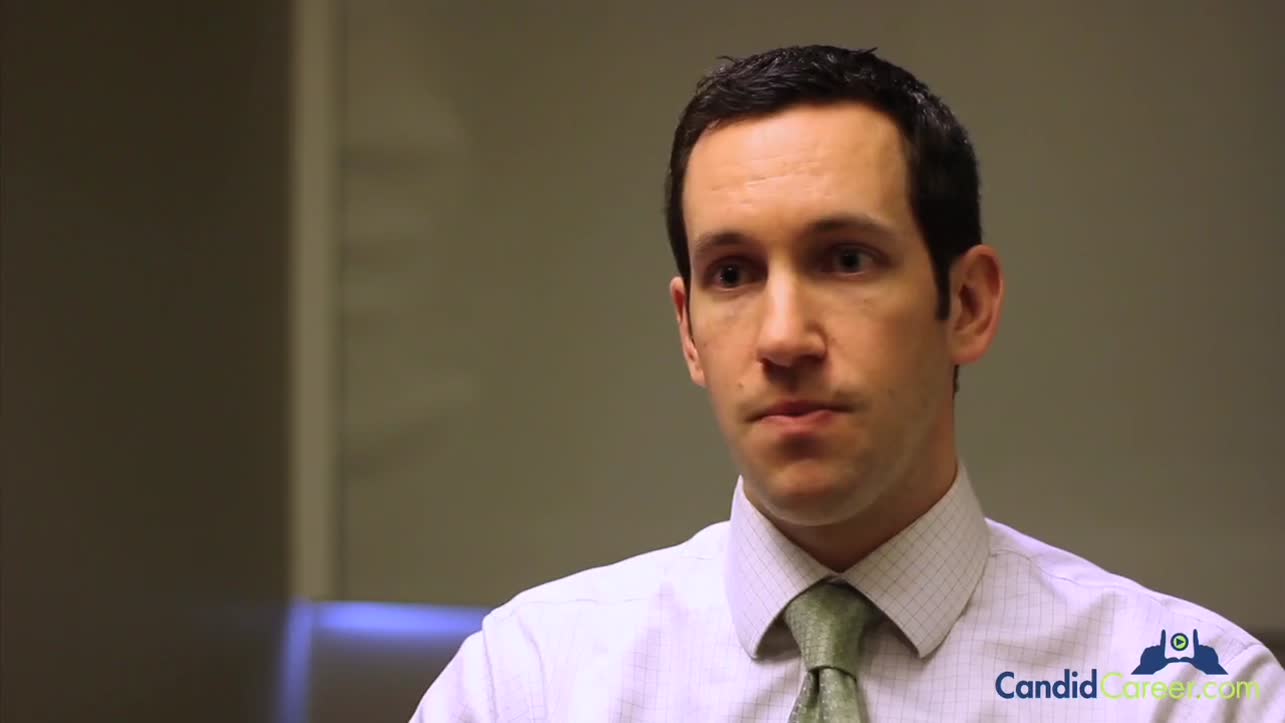 01:04
Click to play
Certified Public Accountant (CPA) and Assurance Manager
Channel:  In-Person Interviewing
Topic:  Know What The Job Entails
Matt is a Manager at one of the largest accounting firms in the world. Currently based out of Philadelphia, Matt walks us through not just how to land a job in accounting, but to succeed and advance up the ladder quickly.
Major: Accounting (Bachelor)
City: Philadelphia
State: Pennsylvania 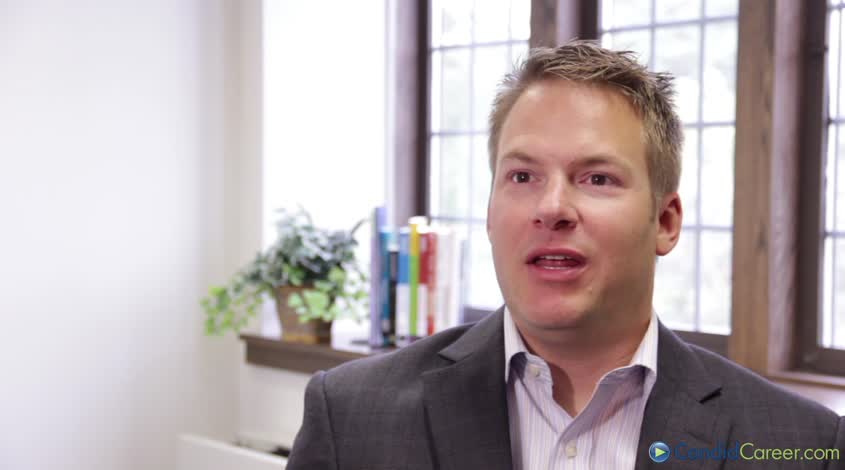 01:02
Click to play
Marketing Manager, Sweetwater Sound
Channel:  In-Person Interviewing
Topic:  Eye contact, confidence, and respect
Jake is the Marketing Manager for Sweetwater Sound in Fort Wayne, IN. As the leader of marketing efforts for all businesses under the Sweetwater umbrella (eye care, car dealership, and aviation training to name a few!), Jake is constantly multitasking and pivoting from one business strategy to the next. Find out how to land a job in marketing...
Major: Sport Administration (Bachelor)
City: Fort Wayne
State: Indiana 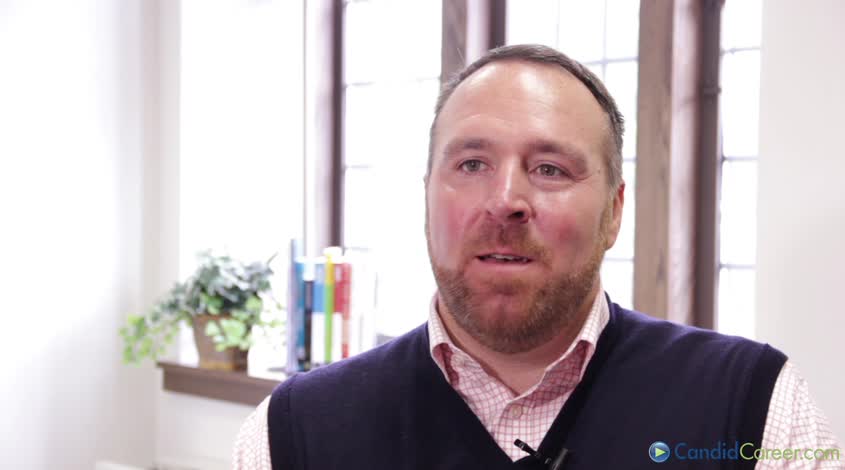 00:54
Click to play
Director of Market Research and Customer Experience, Ferguson Enterprises
Channel:  In-Person Interviewing
Topic:  Study the company before your interview
Christopher is the Director of Market Research and Customer Experience for Ferguson Enterprises, one of the largest plumbing and construction wholesalers in the country. His job is broken into the oversight of three segments: market research, customer insight, and customer segmentation. Christopher's mission is to match up his company's...
Major: Marketing (Bachelor), Information and Communication Sciences (Masters)
City: Newport News
State: Virginia