Featured
Channel:   Networking
Topic: Virtual Networking
The future of communication is upon us with virtual networking that enables us to adapt to social distancing requirements while staying connected. Let's start taking full advantage of this virtual networking smorgasbord by taking action! This video offers guidelines for the biggest benefits of creating and staying current with virtual networking trends, platforms, and profiles. It's time to follow up with your connections, make new connections, and exercise the value of active online engagement from the comfort of home. 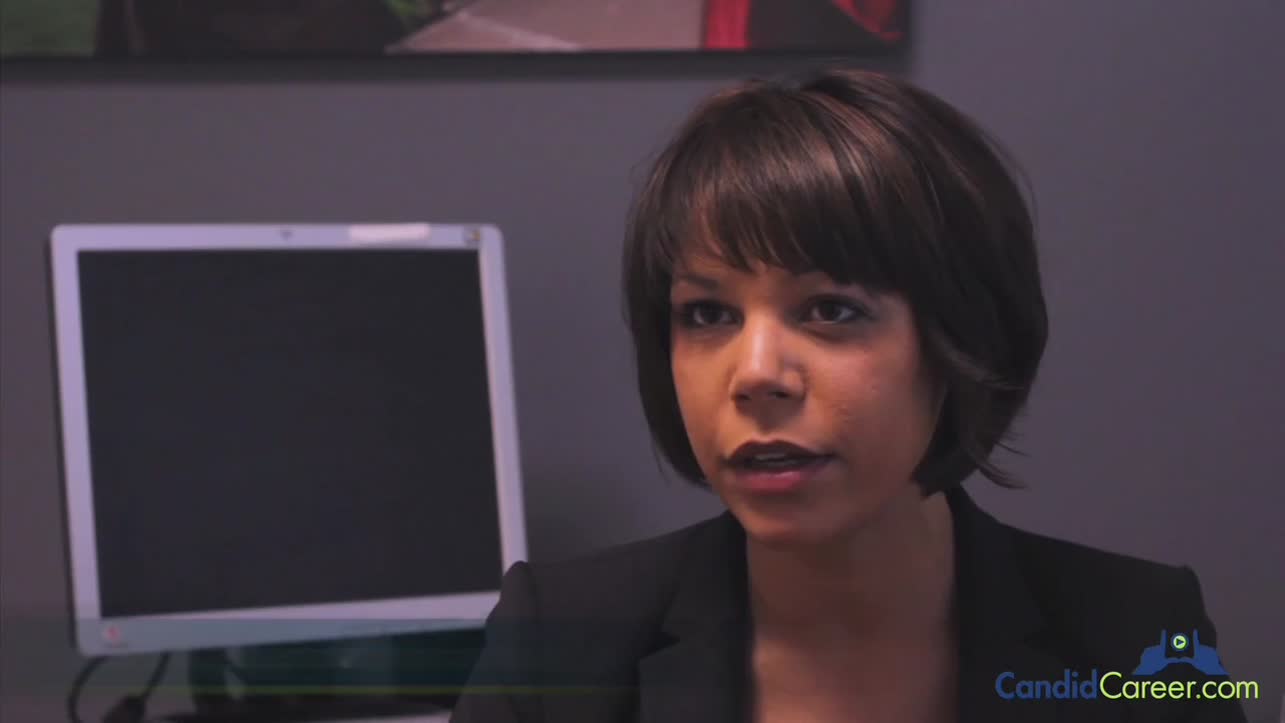 00:43
Click to play
Financial Planner, Highlander Financial Group
Channel:   Networking
Topic: Make One Solid Connection
Melissa is a financial planner with Highlander Financial Group based out of Rockville, MD. As a partner with the firm, her main job involves procuring new business and offering financial advice to her current clients. Her three main areas of focus are risk management, investment management, and retirement planning. Although already successful, Melissa is currently in school again earning an MBA to add to her toolbox.

00:58
Click to play
Risk Analyst, ACES
Channel:   Networking
Topic: Bring ideas with you to a networking session
Allen is a Risk Analyst with ACES, a nationwide energy management company based out of Indiana. His main responsibility in the Risk Analyst role is market-to-market valuations of his clients' transactions. Allen uses analytical tools to create the financial forecast off which to base these valuations.

00:59
Click to play
Senior Financial Sales Director, Bloomberg LP
Channel:   Networking
Topic: Networking Is Hard Work
Krishna's remarkable story takes him from a small southern Indian village (that he insists we won't even find on a map) to one of the largest, most renowned firms on Wall Street. With an undergraduate degree in Honors Biochemistry, Krishna switched gears from medicine to business after successfully operating his own sports marketing company while in college. He networked relentlessly, studied hard, and leveraged an internship into a full-time career.

01:03
Click to play
Stephanie Ayanian, Documentary Film Producer
Channel:   Networking
Topic: Put Yourself Out There & Meet Everyone You Can
Stephanie is a documentary film producer. After earning her undergraduate degree in Film and Video from Penn State, Stephanie left for California and worked in production for the "X Games" for three years. With a slow film production market and a desire to teach, Stephanie turned to education, teaching 5th graders at a local private school. Now teaching film producing courses at Drexel University, Stephanie focuses most of her time on documentaries, merging her two passions of education and filmmaking.

00:36
Click to play
Mutual Fund Project Manager, Vanguard
Channel:   Networking
Topic: Building Relationships
Gary is a Project Manager for Vanguard in Valley Forge, PA. With an MBA and Masters in Leadership Development, Gary gives students straight-forward advice on getting ahead!

01:01
Click to play
Human Resources (HR) Specialist
Channel:   Networking
Topic: Finding Common Bonds
KerriLaine is a Human Resources Specialist for a federal agency. She highlights the differences between working for the government vs. the private sector as well as the excitement of living in our nation's capitol!